« Moose and bear - the perils of Vermont highways | Main | Post-surgery recovery: Every day brings a series of small victories »

The Big C Returns As Colon Cancer... and with me this time 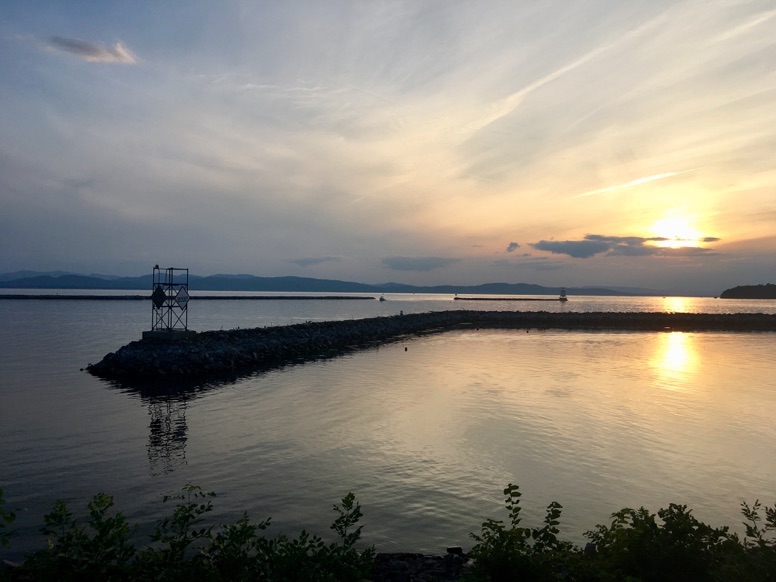 "I'm sorry, but unfortunately one of your polyps tested positive for colon cancer."

Not the phone call you want to receive at 4:00pm on a Friday afternoon. Especially one week before you are about to buy a house in Vermont and start the process of relocating your family - and leaving behind your friends, other family members, and your whole "support system"!

In truth, not a phone call you EVER want to receive.

But I did get that call on June 29, 2018. And after many more tests, discussions and agonizing analysis, I'll be entering the hospital in a week, on August 28, to have my "sigmoid" removed - something I honestly didn't even know I had until about three weeks ago!

So a key message to all my friends and readers (and the "TL;DR" summary for this very long post):

Get your colonoscopy when you turn 50!

Here in the USA when we hit the magical age of 50[1], the healthcare system strongly recommends that we get a whole suite of various tests done. Perhaps the least favorite of those is the "screening colonoscopy", largely because the preparation is a huge, uncomfortable process. And, let's be honest, who really wants to have a metal probe stuck up their bottom?

I almost didn't. As it was, I delayed doing it for 8 months. And with our decision to uproot our lives and move to Vermont, it was EXTREMELY tempting to push it off and "just wait until we are settled" ... which probably would have been next year... or the year after... or who knows when.

Had I delayed, the one very small cancerous "polyp" might have spread to much more of my colon. Or it might have spread ("metastasized" in cancer-speak) into other parts of my body and re-appeared as lung cancer or liver cancer or brain cancer or something else. (Or, in the annoying ways of cancer, it might not have done anything and just still been there alone - but do you want to take that chance?)

I was lucky. The test worked. The cancer was found very early. By all signs after the surgery next week I should be good to go for a long time ahead.

When the doctor at the Cheshire Medical Center in Keene, NH, did my colonoscopy, he found three small "polyps". Think of a polyp as a tiny growth shaped kind of like a lollipop. And by "tiny", all of these were 2-5 millimeters in width - not much more than a couple of hairs!

This was on Wednesday, June 27. The doctor thought they all looked small and, while we had to wait for the tests ("biopsies"), his initial reaction was that they did NOT look like they were cancerous. (They looked "benign" in medical lingo.)

So I went home with the attitude "Okay... done the colonoscopy thing. I can now forget about this until the next one in 10 years and focus on packing more boxes."

After all, other than needing to lose maybe 30 pounds, I'm in good physical condition. I have no medical issues. I'm not on any medications. I run a good bit - and past tests have shown my heart in good shape. All my routine physical tests and blood work at 50 show me to be in good health.

Except, it turns out, for that one damn polyp.

That call on Friday (two days later) led to a rush of tests the following week - a MRI, more blood tests, and a "flexible sigmoidoscopy" (a mini-colonoscopy where they just go in a little ways... and you can be conscious and watch it on the computer monitor!). Lori and I had all the agony of the question - "shall we pull the plug on this whole Vermont move?" It was INSANELY stressful.

The good news was - everything came back negative. No markers in my blood for cancer. No cancer found in any of the biopsies of the additional samples they took in the colon wall around where the polyp was found.

In theory, the one polyp they found might have been ALL the cancer in my body!

Now that they removed it, I might be "cancer free".

However... the cancer was unfortunately not just in the main "head" part of the polyp, it was also all the way down the "stem" (think of a lollipop).

It could have gone into the wall of the colon, somewhere beyond where they were able to sample. It could have gone out into the lymph nodes surrounding the colon - and could hang out there for a while before it goes somewhere else in my body. There were no signs of it anywhere, but the current state of our technology is such that we can't really know.

And... apparently the precise kind of cancer they found was a more aggressive one that could "metastasize" into other forms of cancer elsewhere in my body.

So, after being reviewed by my new set of doctors at the UVM Medical Center in Burlington, VT, and after more tests (including another video tour of my lower colon), the surgeon presented a rather binary choice:

He said he's had patients make either choice - and it really comes down to my own personal comfort level with either the surgery or living with the risk.

Ugh. Did I mention that I'm in otherwise good health? And so do I really want to mess that up by having people go in, cut me up, and re-arrange my plumbing?

But the choice is clear to me. Lori and I have been down this road before. We both learned far more than we ever imagined about cancer after she was diagnosed with breast cancer in 2011 - and after she had surgery and subsequent rounds of chemotherapy and more.

We live every day with the specter of her cancer looming in the background. Unlike what they tell me about my colon cancer after surgery, her cancer could come back at any time. And in some other form. You're never really "cured" of breast cancer. Even after all she has done - and the absolute hell she has put her body through, it could still be there lurking. So you learn to be grateful for every day you have.

So, hell yeah, I want to know, even with all my many concerns about the surgery (and never having had surgery before). I don't want a second specter lurking around.

From what I've now learned, colon cancer is much more localized than breast cancer or other forms. If they go in, take out the sigmoid and the surrounding lymph nodes, they can test it all and give me fairly solid results.

In the best case, they find nothing and I can be reasonably sure they got it all. I'll be as close to "cancer free" as someone with colon cancer can be. (There are NO guarantees.)

In the worst case, they find more cancer cells and then we will have to talk chemotherapy or something else.

So one week from today I'll be entering the UVM Medical Center. They say I will need to stay there for typically 2-3 days to recover. (Visitors will be welcome!) In theory I'll be able to resume everything I've been doing - and by 3-4 weeks out I should be more or less back to usual activities. I'll now be getting more monitoring and more frequent colonoscopies (oh, joy!), but the theory goes that, in the best case, this should be the end of it.

The good news out of this (as I have to keep reminding myself!) is that the screening colonoscopy WORKED!

The test found the cancer early. Because of that, there is a very strong chance that after this surgery I'll be all set and won't have to worry about this again. I'll be alive and able to live for as many decades (or days) as I have ahead of me. I'll be able to watch my daughters grow up and to live long with Lori.

I write all of this story because, as a writer, this is HOW I process things. The act of putting words down on a screen... the act of naming in words those fears... those actions are how my brain makes things real.

I share this publicly in the hopes that perhaps MY story will help someone else take actions that may help them live a longer life. (Even if you make a different choice than I did.)

So, again, I will say to anyone reading - if you are recommended to get a colonoscopy, DO IT!

[1] The American Cancer Society is now (May 2018) recommending that colon cancer screening start at age 45 versus 50, but I don't know that that recommendation has yet made its way out to healthcare providers and insurance companies.

Image: a photo I took of the Burlington harbor. I just thought I'd use it as a reminder of the beauty of life around me.