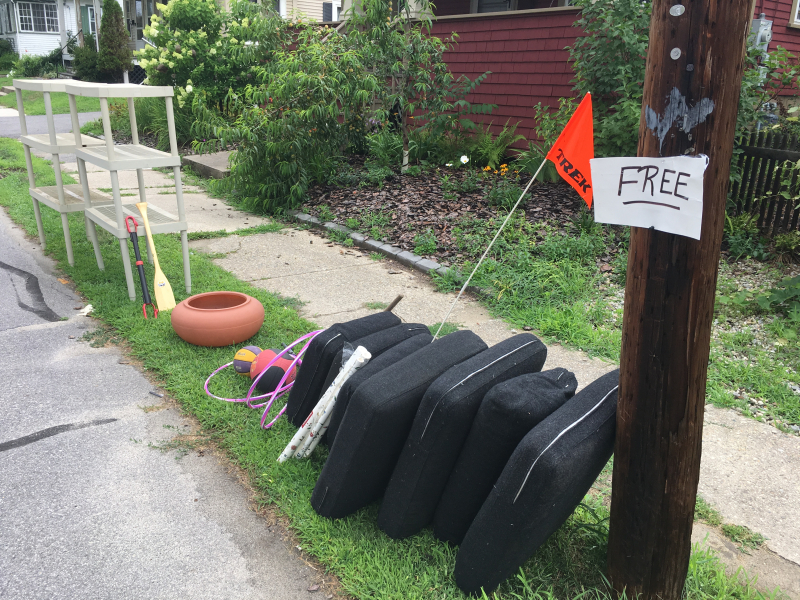 “FREE” says the sign pinned to the telephone pole in front of our house. And as we put out items, they usually disappear within a few hours.

It’s been a fascinating aspect of living where we do in Keene, New Hampshire. We live on a fairly busy cross street, and so a good number of people are driving by.

And they do stop and take the stuff we put on the street. All of it.

But it has been fun - and incredibly useful. Just put it out on the grassy strip between the sidewalk and the road... and wait a bit.

And ALL sorts of things. Just yesterday I put out two plastic shelving units from our shed that had gas and oil stains. I honestly thought I would be bringing them to the dump... but no, I looked an hour or so later and they were gone.

I will miss this culture of picking up free stuff. Our new home in Vermont is in a quieter neighborhood with very little traffic... so this won’t work.

Meanwhile, at least for the next few days, I will keep putting stuff out there... 🙂