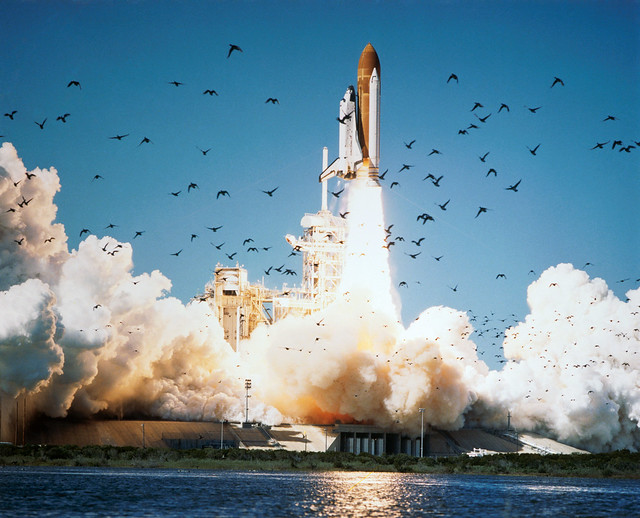 There are moments in life where you can remember exactly where you were... moments that live with you forever.

Today was the anniversary of one of those.

I was a freshman at the University of New Hampshire in Durham, NH, and remember being in the "lounge" of Sackett House, one of the "mini-dorms" at UNH, where there was the only TV. (Things were different then.) I remember being there with another resident, a woman named Alison, I believe, who dreamed of being an astronaut and was in the Air Force ROTC program to start down that path.

My memory is hazy after 3 decades about the exact details... but I seem to recall that it was just she and I in the lounge area watching the launch. Her dreaming of being an astronaut, and me dreaming of flying into space and space stations and moon bases and more. I was then and still am a dreamer about all things related to space.

Living in New Hampshire we were of course caught up in the massive attention focused on Christa McAuliffe, the first "teacher in space". The media attention was focused on our state - and particularly Concord, NH, where she taught.

But even with all that massive media attention, we probably were the only ones watching in our small dorm... at that point in time Space Shuttle missions had come to be pretty routine... and "boring" to most people. Wikipedia's list of Shuttle missions shows that there were 9 launches in 1985 and in fact the Space Shuttle Columbia had just launched on January 12, 1986, and landed on January 18.

But the Challenger launch 10 days later was anything but routine.

I remember sitting there watching the launch... and then I just remember the fireball that none of us can ever forget. 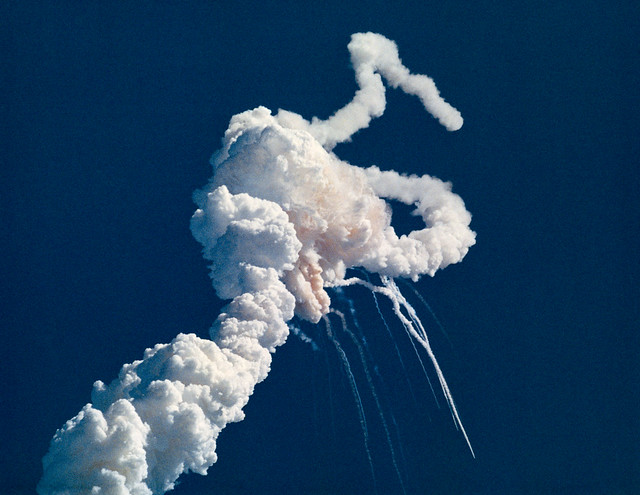 I remember the hope... the hope against hope... that maybe, just maybe... someone had survived.

And then the despair when it was clear that nothing could have survived.

I remember Alison in tears... I assume I was probably in tears, too.

I remember that we, as a nation, joined in a collective moment of shock... and then mourning.

The histories tell me that the explosion occurred 73 seconds after launch. Watching one of those original news reports today it seems such a long time.

Later, of course, would be the endless hours of replays... the hearings and investigations... the learning all about O-rings and cold temperatures... and so much more.

Two-and-a-half years later, the Space Shuttle flights would finally resume with great safety improvements - as well as a heightened awareness in the public. Spaceflight was no longer "routine".

But at that moment on that January day in 1986, we who dreamt of space flight watched our dreams be shattered... and the emotional effect lingers to this day.

But that day... that moment... that image... will live with me forever.

I remember... and I give thanks for the crew of the Challenger... and all of those who have given their lives in pursuit of dreams.

May we all together carry those dreams forward... 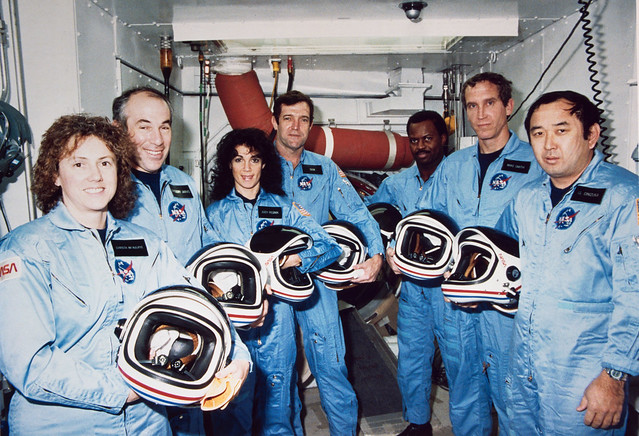 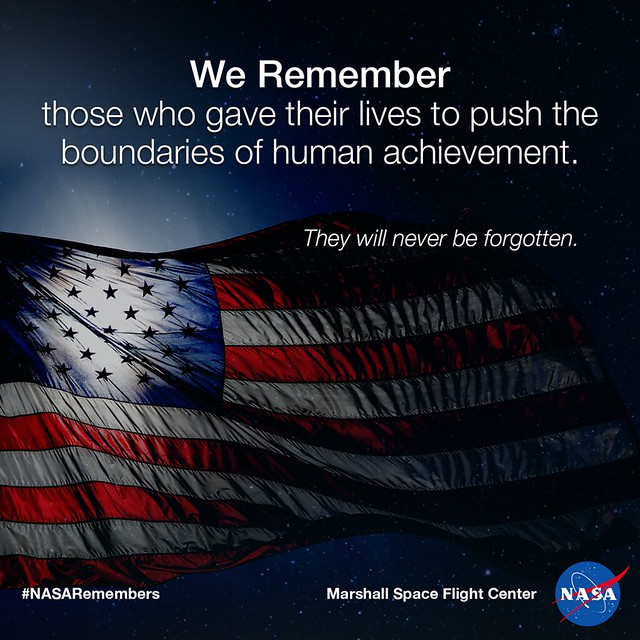 An audio version of this post is also available: