« Of Leaf Bags, Yankee Frugality And Our Disposable Society | Main | No Adults! An Awesome Aspect of Youth Curling Games » 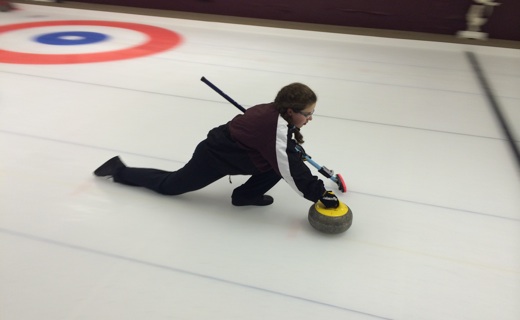 Tonight begins a new era in our lives as parents as our 12-year-old daughter competes for the first time in a curling "bonspiel" (tournament) that will go all weekend (or, at least, we hope so!). Over the past three years that she has been involved with the Petersham Curling Club youth program in nearby Petersham, MA, she's been in the "Little Rocks" program where she has played in typically three or four one-day bonspiels around New England.

But now that she has reached the age of 12 she is in the "Juniors" program... and they play at a much more serious level and in events that take a much greater amount of time!

The event this weekend is the Broomstones Junior Bonspiel at the Broomstones Curling Club in Wayland, Massachusetts, about two hours away from where we live. She's on a team with three other youth with whom she has been playing for three years. For those who know curling teams she'll be playing the "second" position in the team. (It's the second person of four to throw stones for a team.)

The games are full 8-end games, which means they'll be on the ice for a full two hours! Their schedule right now is:

The bonspiel is arranged in a series of brackets with the outcome determining who will play in the playoffs and finals on Sunday. We're certainly hopeful that the team will do well enough to be in the games on Sunday.

I'm excited for her... and as a parent I'll be there on the sidelines cheering her team on! (I'll also be posting updates and a few photos to the Petersham Youth Curling Facebook page.)

And then, yes... we have probably 3 or 4 more of these all-weekend events coming up over the course of the winter, along with some one-day events, too.