One Year Ago Today, The Big C Changed Everything... 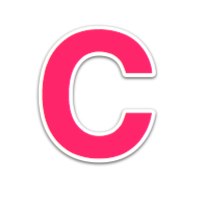 Today is a somber anniversary in our household. One year ago today, we sat down with a doctor here in Keene to go over the results of some tests on my wife. He came into the room and went immediately to the point... hardly even saying hello. I don't remember his exact words, but they were basically:

"I have some bad news. You have cancer."

He may have said it differently... but that was the core message. Simple. Direct. To the point.

And everything changed for us.

The rest of that appointment and indeed the year has become a blur of learning more about cancer, medicine and the medical system than I ever expected to learn at this age.

My wife, who at the time was in the best physical shape she'd ever been in, proceeded down a path where she lost her breasts, lost her mane of hair, lost parts of her memory, lost her stamina, lost her ability to quickly process things in her mind, lost her physical health... and basically lost a year of her life.

The good news, of course, is that she didn't lose her life, and that as a result of the treatments she's undergoing and the fact that they caught the cancer early, she's got a very strong chance of being around for many more years. Her cancer was "only" Stage 1 Invasive Breast Cancer, and could have been so much worse had it not been detected.

Intellectually, that's easy to say. Emotionally, it's a lot harder. It's been a hell of a year.

And the journey is not over. She's still got another 7 months of Herceptin treatments... and another 4 years after that of daily Tamoxifen pills (that she is also taking now), both of which have their own troubling side effects. And as we've learned, you're never really "cured" of cancer. You win battles, but the war inside your body continues.

A year ago, the big C invaded our life and became a thoroughly unwelcome houseguest. Now we just have to continue learning to live with it...

Some of the articles I've written about our journey with cancer, in chronological order:

I can't even imagine how difficult the past year has been for the both of you. I hope that Lori continues to respond well to treatment. She is fortunate to have you by her side, Dan.