It was, quite honestly, the hardest 5K race I've yet run.

Even with the promise of beer and bratwurst at the end, the Harpoon Brewery Octoberfest Race on October 9, 2011, was still a very tough race.

The first mile was pretty much entirely UPHILL!

Not "up and down hills".... not "uphill with breaks now and then"... no, it was just solidly a hill that went on and on at a pretty good angle the whole way. This picture doesn't really show it, but that's part of the big hill: 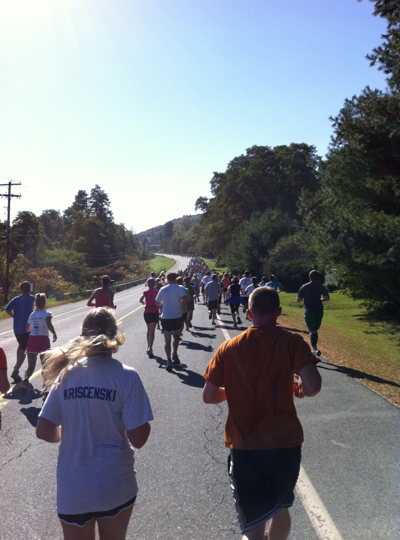 The hill was really the worst part. You ran up the hill for about a mile, then went off into a development where you went down and then back up ... and then you followed the same road back.

So the good news was that you went back down that same hill you climbed! The other good news is that at least you started climbing the hill!

Two other points you might gather from that photo:

As I mentioned in my previous note, registration for the race did, in fact, get you two beers and a bratwurst... right on your race bib! 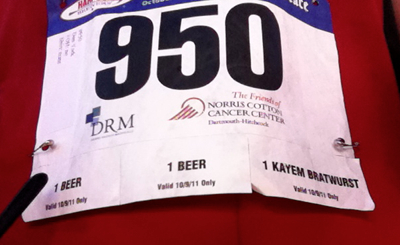 Not my fastest 5K ever, but given the course I'll take it!

Naturally I had to indulge in the bratwurst and at least one of the two free beers: 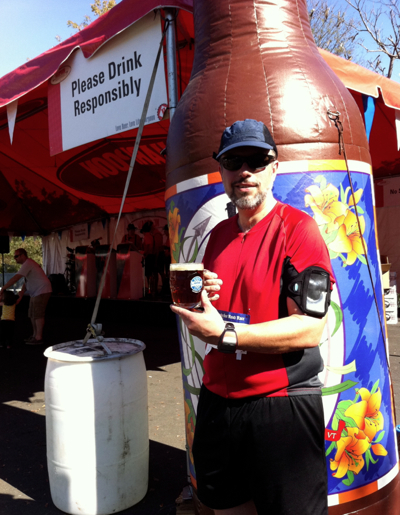 As you can tell, I did NOT go the extra bit to run in any kind of Germanic costume... but there were certainly lots of others running in costume, including the group of men that were in the image I used in my last post: 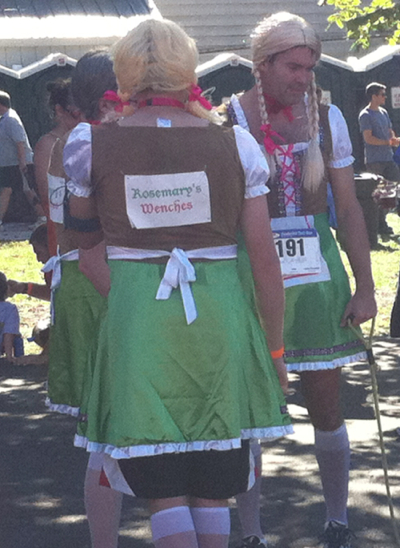 I was actually amazed by some of the costumes... which can't have been much fun to run in!

And yes, as you might expect for an Octoberfest gathering (or at least an American version of one) there was indeed the requisite "oompah" band: 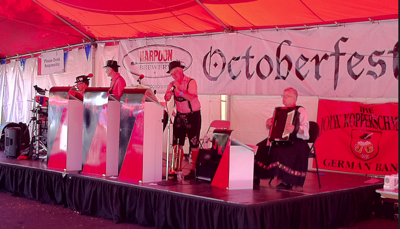 All in all it was a great race on a great day for a great cause ... and followed up by great food and great beer!

Now I'm looking forward to next year - at least then I'll know the course!

P.S. For my runner friends, here was the course as measured/shown by the Nike+ app on my iPhone... the race was actually a bit over a 5K... really more like 3.5 miles: 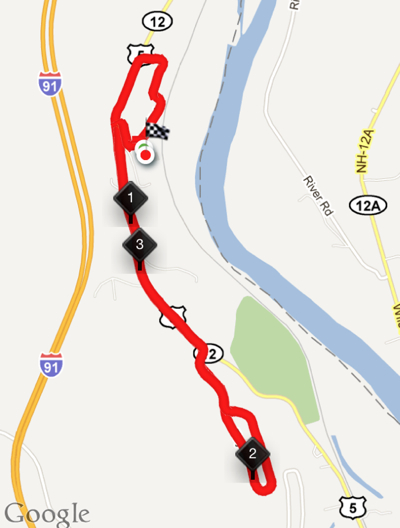