Photos of "What It Is That I Do"

I often get asked by people, even friends and family, "what is it that you do?" And some parts of what I do, like all the writing online, are relatively easy to understand. Other parts, like the speaking I do at conferences, is less clear to some people. Given that I actually wound up with some photos taken of me at a recent conference, SIPNOC, I thought I'd post them here (and clicking on each photo will take you to a larger image). These photos are part of a larger set of conference photos that I shot... except for the photos of me that were taken by a couple of friends while I was speaking.

In this particular case, I was at very technical conference at a hotel in Herndon, VA, of around 150 people involved with telecommunications. As described on a Voxeo events page, I was on a panel of people talking about security and then the next day was giving a talk about work we've done at Voxeo. I was also on a final panel at the end of the second day where we talked about what had happened at the conference.

Anyway, here is another aspect of "what it is that I do"... 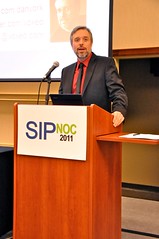 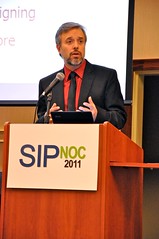 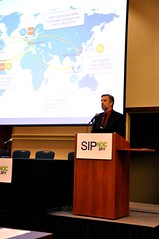 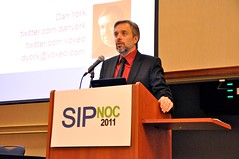 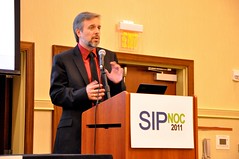 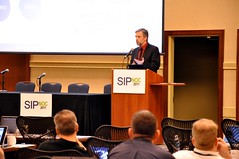 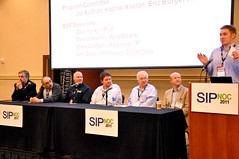 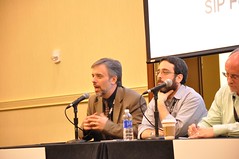 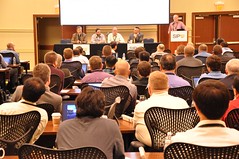 And yes, if you're wondering, I did reverse the order of the images and started with the shots from the second day, largely because they are, to me, more interesting than the 2 shots of me from the first day.