Do you want to understand why we love living in Keene, New Hampshire, and the surrounding "Monadnock Region"? This video taken from a drone shows the beauty of our area (and it also really makes me want to buy a drone with a video camera!)

Kudos to the folks at the Monadnock Shopper News for creating this beautiful video.

P.S. Our area is called the "Monadnock Region" because our tallest mountain is named Mount Monadnock.

On Being A Light Amidst The Darkness 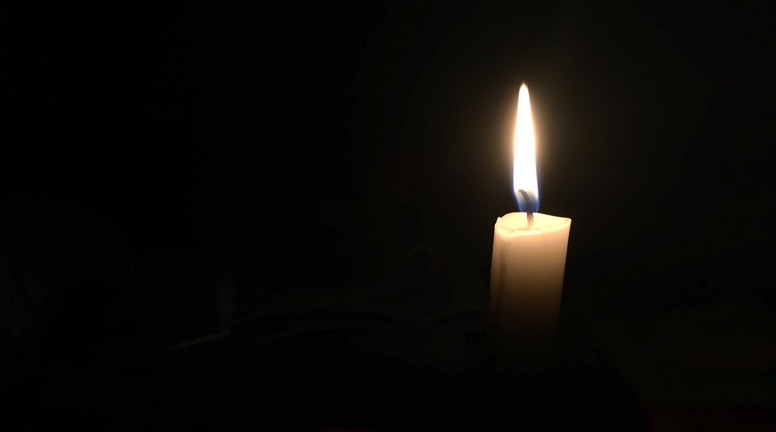 There is darkness all around us. This week, of all weeks, that is clear.

Young black men shot by police thousands of mile apart - and then five police officers killed in an ambush by an angry assailant seemingly intent on vengance. Police officers, in this case, who were doing their jobs of protecting a peaceful protest against those earlier shootings.

Just a week earlier a bomb exploded at an airport in Istanbul, Turkey killing over 40 people and injuring hundreds more... a terrorist attack at a bakery claimed over 20 lives in Dhaka, Bangladesh... a weekend bombing in a market in Baghdad, Iraq, left close to 300 dead... and bombs rocked three cities in Saudi Arabia, including near a mosque in the holy city of Medina.

Meanwhile tempers flare against immigrants in the UK after the Brexit vote... a U.S. Presidential candidate stokes the fires of fear and hatred... as do similar leaders in European countries... and bombs continue to fall in Syria's civil war...

The divide between "us" and "them" grows stronger... where "them" is really "anyone not like us".

So much anger. So much hatred. So many killings.

There is darkness all around us.

As I struggled to concentrate on my work today, I found a browser window open to a piece written 10 days ago by Umair Haque: The Age of Light. He writes in part:

Dark ages are human creations, remember? The darkness isn’t somewhere “out there”. It’s in us. That is how we choose them, make them, create them.

The true hallmark of a Dark Age is this. We call the darkness the light, and celebrate it, revel in it, seek salvation in it. Darkness isn’t a meteor hitting the earth. It’s a mentality. The impoverishment of the mind, brought on by rage, envy, fear.

No Dark Age thinks it is one. Every Dark Age calls itself an Age of Light. Isn’t that exactly what’s happening across the globe today? As the middle collapses, as people grow poorer, they are regressing. They are literally choosing to go backwards. But that very choice is celebrated on the streets, applauded in the towns, and shouted from the rooftops as great, noble, and wise.

That is all a Dark Age really is.

Institutions crumble, leaders fail, and there is a turn to tribalism, feudalism, conflict, and dynasty.

He goes on... his full article is worth a read.

There is darkness all around us.

In the face of all of this, how, then, do we push back against the darkness?

Sitting at my desk trying to get work done online today while every site brought more news of the madness...

I am reminded again of the powerful words of Rev. Martin Luther King, Jr.:

In a world where so much darkness threatens I think our only solution is for each one of us to be a light.

To ask ourselves each moment: can we be kinder? can we be better? can we help others in some way?

Umair is right - the darkness is within us. We cannot change others - we can only change ourselves and the choices we make.

And while that sounds hopelessly naive and cliche, I see no other way forward.

Or, at least, no other positive way forward.

We seem to have lost some kind of understanding of our common humanity.

Of the fact that all of us have the same basic needs and desires: food, drink, a safe place to live... friends, family... to laugh, to share... to be loved.

Black, white, yellow, pink, red, brown... liberal, conservative or anywhere in between... male, female or something else... we are all breathing the same air and living on the same planet, no matter what language we speak or how we dress or how we look.

We won't always agree - in fact we may violently disagree - but we need to recognize that even in that worst disagreement we are still... fundamentally... human.

With parents and sons and daughters and wives and husbands and brothers and sisters and friends and partners and...

Each with our own dreams and desires for the future...

We must believe in that. And we must bring that belief within us.

And we must act in that capacity. Deeds, not words, as they say.

And through our actions maybe, just maybe, we can be a beacon of hope for others.

It will not be easy. We will fail. Repeatedly. But this week reminds us that we must keep trying.

We must be the light.

Or else darkness wins. 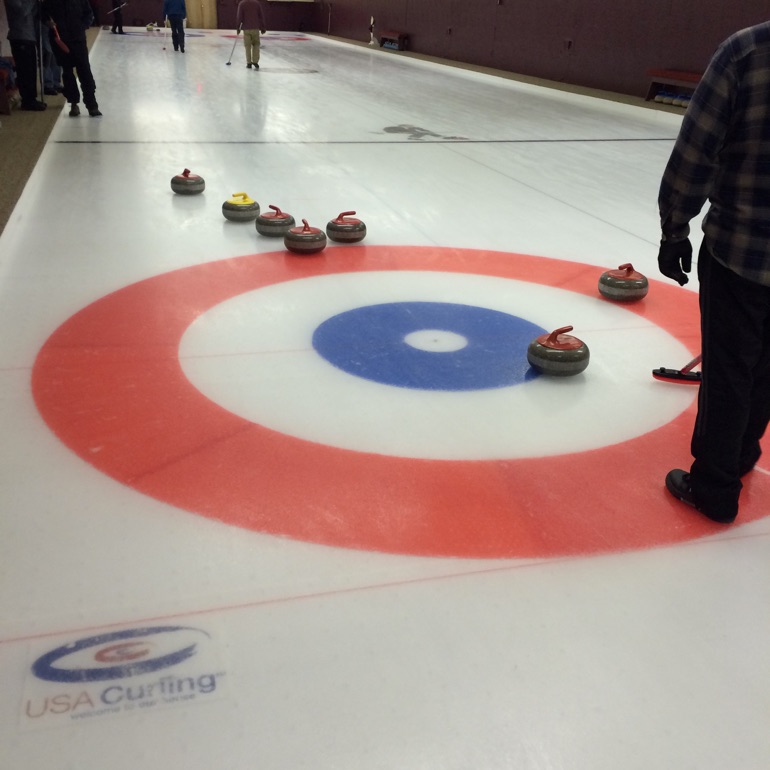 We Don't Know How Much Time We Have Left 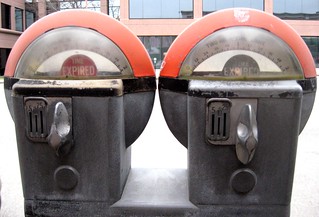 We don't know how much time we have left in our lives. We don't know when the lives of those around us may end.

It could be today.

It could be tomorrow.

It could be twenty years from now.

It could be in some dramatic fashion such as an explosion or an airplane crash.

We will never know.

Until the time runs out... and a life is gone.

At which point... it's too late to say all those things we wish we would have said.

We need to realize that each day could be our last... or could be the last of those around us.

What do we want those last memories of us to be?

Do we want people to remember us as kind and helpful? Or mean and angry? Or somewhere in between?

Do we want the last words people heard from us to be ones of anger? Or dismissal? or hatred? Or do we want them to be words of love and kindness?

Do we want to live our life regretting that we didn't tell someone how much they meant to us before they passed on? Or regretting that the last words they heard from us where those in anger?

In our every action, we choose whether to build people up... or tear people down. It's our choice.

We will never know.

Video: "Mary, Did You Know?" From Pentatonix

On this Christmas Day, I just wanted to share one of the videos I and my family have very much enjoyed. It is "Mary, Did You Know?" from the amazing acapella group Pentatonix. I don't think it matters what religion you may worship (or even none at all) to enjoy the sheer beauty of these voices::

In Every Action We Take, We Create The World We Want To Live In

In our every action... each moment of the day... we make the choice to build people up or to tear people down. The choice we make determines the type of person we are - and the type of world we want to live in. 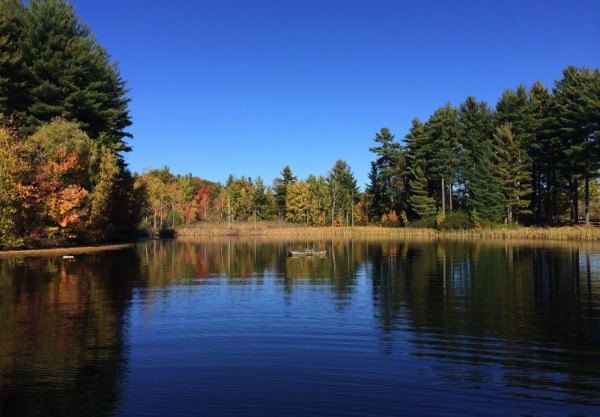 In this holiday season, particularly for those of us in the U.S. around our Thanksgiving holiday, we talk a lot about "gratitude" and the importance of it. This year I stumbled upon this TED talk by monk and interfaith scholar David Steindl-Rast, "Want to be happy? Be grateful". The abstract is:

The one thing all humans have in common is that each of us wants to be happy, says Brother David Steindl-Rast, a monk and interfaith scholar. And happiness, he suggests, is born from gratitude. An inspiring lesson in slowing down, looking where you're going, and above all, being grateful.

I enjoyed it very much... "Stop. Look. Go." Simple words to live by (in the context in which he phrases them.)  Well worth a listen...

I enjoyed this presentation very much... and it's interesting to think about the processes he describes toward the end that relate to "rewiring our brains" to focus on the positive and to move us toward more happiness: